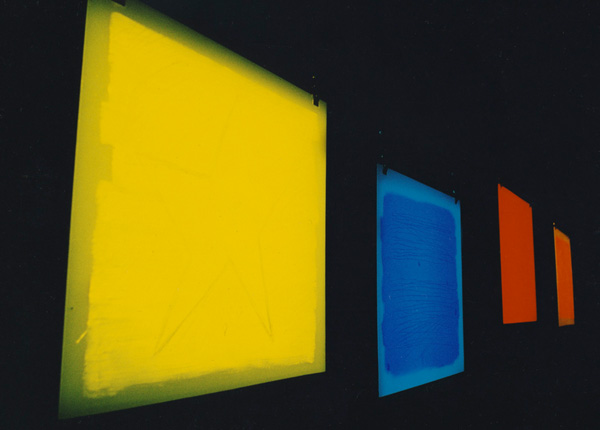 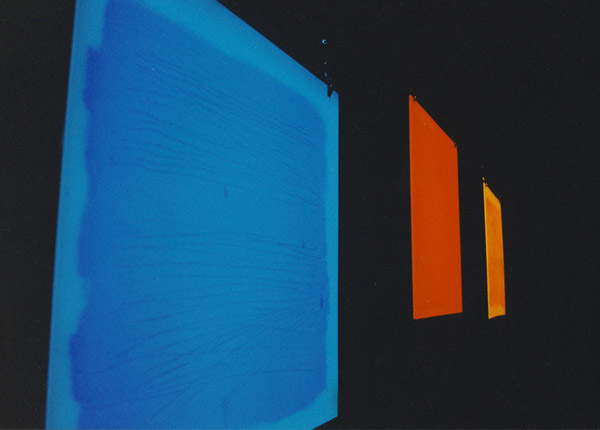 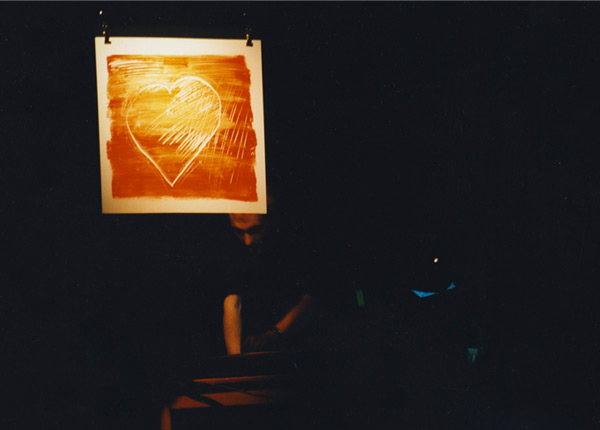 The minimal set was designed on a tight budget to tour in the boot of a car, and was created using some of the off cuts of the opal polycarbonate left over from My Piece Of Happiness. The square panels were painted with thick bright paint from which graphics were scratched out referencing some of Derek Jarman’s last paintings.

The hanging panels could be back lit with white light, which made the scratch marks glow, or front lit using gels the same colour as the paint which made them glow vividly in the surrounding blackness. They were able to represent various locations on the roller-coaster ride through Cardiff’s night life within the production.

The sound and lighting technician took his place on the stage throughout the performance and took the part of the dj for the nightclub scene.