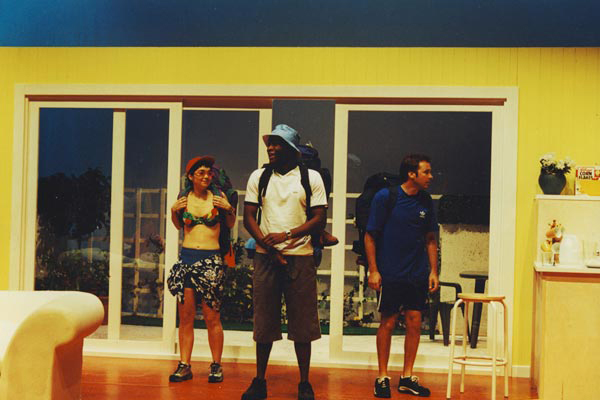 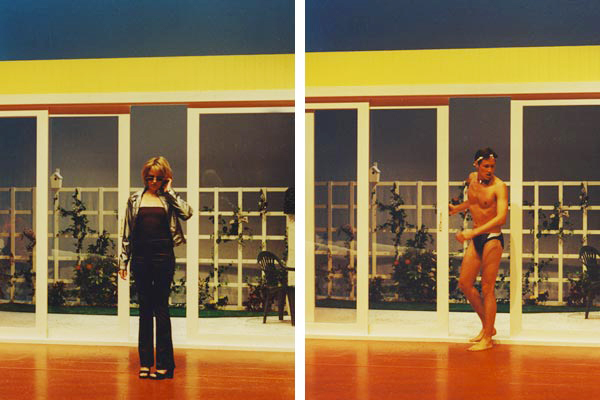 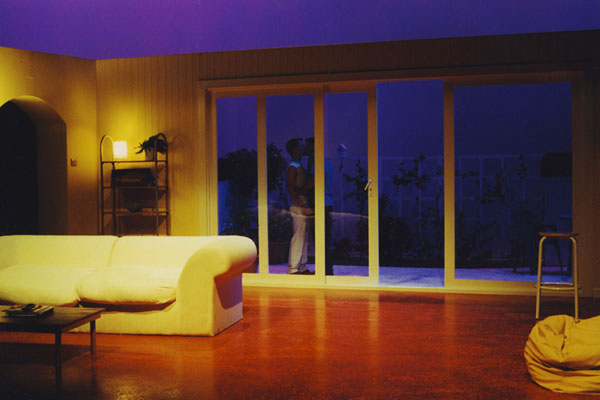 Set in the land of Soap Opera, a Welsh trio arrive in Australia for a backpacking holiday…

The set was the television set of an Australian soap opera; a large open-plan house with sliding glass doors leading to a swimming pool in an affluent suburb of North Sydney. The production actually starred two real life soap actors, Lucinda Cowden who played Melanie Pearson in Neighbours and Richard Norton who played Simon Fitzgerald in Home and Away.

Theatre Company: Made in Wales